DFS NFL Research: 4 Undervalued Quarterbacks Who Will Surprise This Season 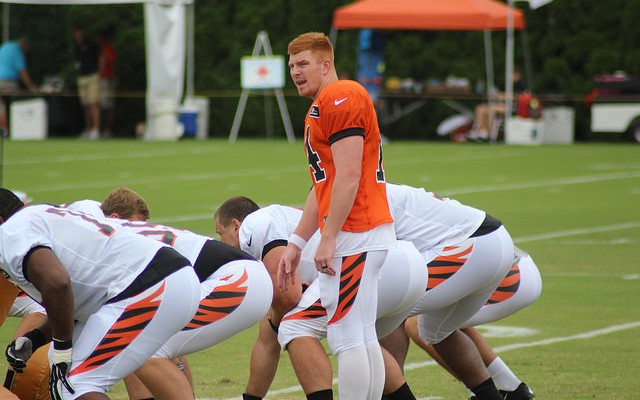 While the summertime is when baseball thrives, it is the dead-period for the NFL. Teams have finished their mini-camps, and training camp does not start until the end of July. But here at RotoQL, we believe it’s never too early to start talking about football. Throughout the summer we will be previewing the upcoming NFL season and breaking down each position. We start the conversation at quarterback, discussing which QBs are already being undervalued heading into the 2016 season.

When you enter the NFL in 2004, it’s hard to believe that 12 seasons later, at the age of 35, coming off your second torn ACL, you have the best season of your career. Yet that is what happened with Carson Palmer. Palmer was simply amazing last season, finishing with 4,671 yards, 35 TDs, and 11 INTs. Those stats, along with his 104.6 Passer Rating and 8.70 yards per pass attempt, were all career-bests for the veteran QB. Palmer’s numbers landed him in at least the top 4 among all quarterbacks in each of those offensive categories. Although Cam Newton was named MVP, Palmer was one of two players to also receive a vote for the prestigious award (Tom Brady was the other). Yet even with the amazing offensive production last year, Palmer is still being placed outside the Top 5 quarterbacks heading into the 2016 season.

Similar to Palmer, Eli Manning seems like he’s getting better and better as he gets older. In his 12th season in the NFL, Manning put together the best overall season of his career. In his second year in then-offensive coordinator Ben McAdoo’s offense, Manning threw for 4,436 yards, 35 TDs, 14 INTs, and a Passer Rating of 93.6. The Passer Rating and passing touchdowns were the highest of his career, while the passing yards and interceptions were the second-best (4,933 yards in 2011, 10 INTs in 2008). Now factor in the return of Victor Cruz, the arrival of Sterling Shepard, and the presence of Odell Beckham Jr., and it’s hard to fathom how Manning barely cracks the top 10 quarterbacks. Don’t forget that, based on 2015 records, the Giants have the second-easiest schedule in the NFL this upcoming season. Although he’s one of only two active players with multiple Super Bowl MVP awards, Manning is yet again entering a new season being very undervalued.

The jump Blake Bortles made from his rookie to sophomore seasons was very impressive. After throwing for 2,908 yards, 11 TDs, and 17 INTs in his first year in the NFL, Bortles had a second-year surge, finishing the 2015 season with 4,428 yards, 35 TDs, and 18 INTs. At only 23-years old, Bortles tied Palmer, Manning, and Newton with the second-most passing touchdowns in the NFL. Thanks to the emergence of wide receivers Allen Robinson and Allen Hurns, the duo, along with Bortles, form one of the strongest offensive trios in the NFL. Don’t forget that none of the three are older than 24. With the addition of Chris Ivory to the offense, along with all of the defensive playmakers Jacksonville added in the offseason, the Jaguars look like they will be much improved in 2016. Bortles finished among the top QBs last year, yet with his offensive weapons returning, and a better overall team surrounding him, Bortles finds himself ranked outside the top 10 heading into 2016.

For the fifth straight season, Matthew Stafford threw for over 4,200 yards, finishing with 4,262 (eighth highest among QBs). Stafford added 32 TDs, tying him with Drew Brees for seventh most in the NFL, and threw only 13 INTs. The Lions quarterback cracked the top 10 in almost every QB category, yet finds himself just barely cracking the top 15 QBs in the preseason rankings. While the loss of Calvin Johnson will certainly hurt Stafford and the Detroit offense, the Lions still have some capable receivers on their roster. Golden Tate is only two seasons out from his 1,331 receiving yard performance in 2014, while Marvin Jones does have a double-digit touchdown season under his belt. The most important addition to Detroit this offseason was their first round draft pick, offensive tackle Taylor Decker. Decker will help protect Stafford and give the QB more time in the pocket. The Lions were fortunate to get the fourth-easiest schedule in the NFL, and don’t be surprised to see Stafford tear through opposing defenses. Take advantage of Stafford’s undervaluation while you can.